Symetria is a cryptocurrency exchange introducing a system of fairness and accountability in cryptocurrency transactions through Personal Blockchain technology. 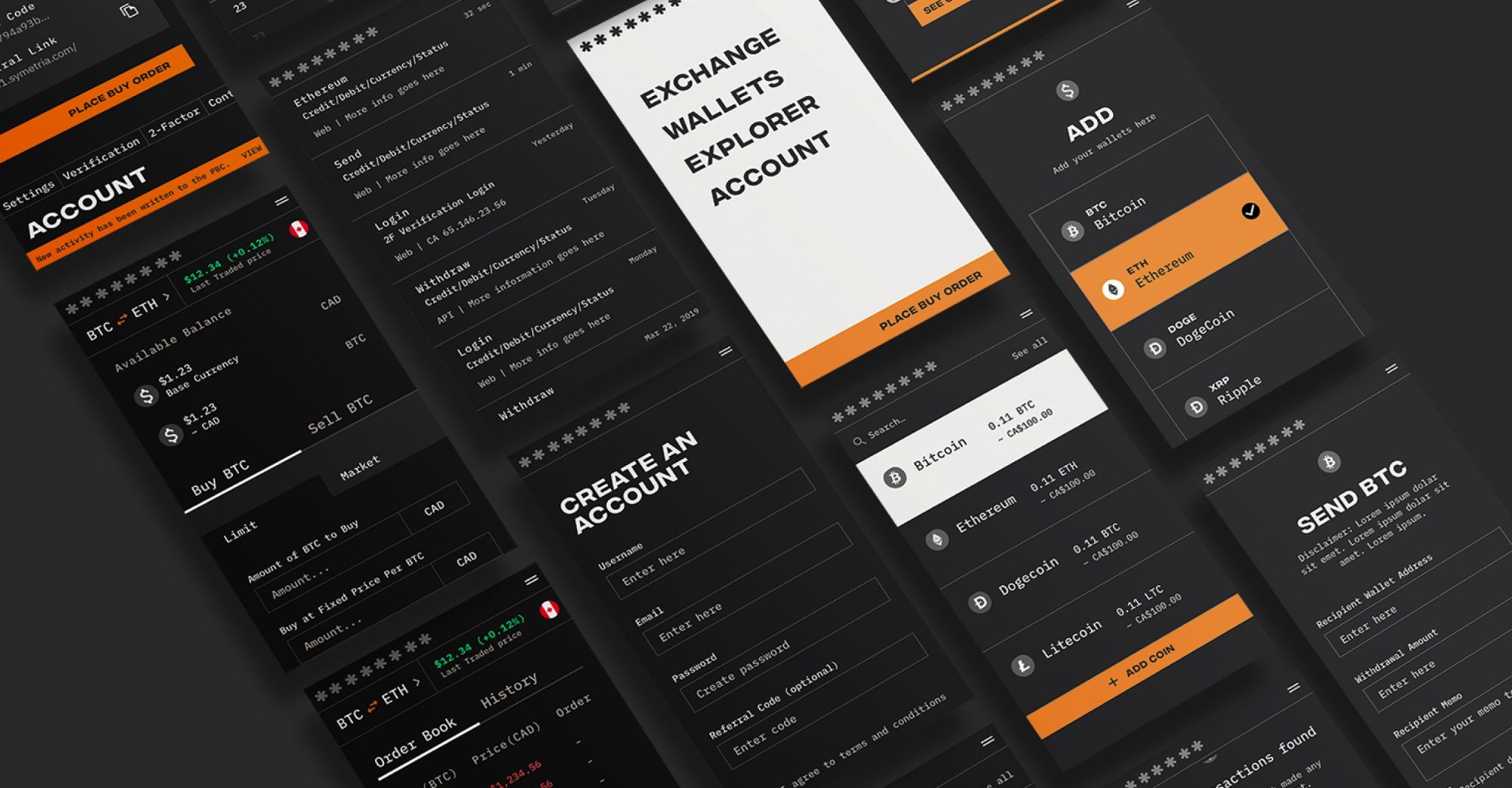 How Skyrocket helped create the first Personal Blockchain crypto exchange in the world.

Right after designing a new brand (incorporating both visual and verbal identities) for Symetria, the first Personal Blockchain cryptocurrency exchange, we didn’t rest on our laurels and took on the new challenge of creating their trading platform that would take a stab at standing out in the hyper-competitive space and communicating the company’s core principle of transparency at the same time.

If you’ve followed the crypto world through the ICO boom and the rise of exchanges globally, you know there are hundreds of identically looking web apps already in existence — all going after the same market. So how could we attempt to innovate?

We started by taking a step back to re-engage Symetria’s primary target audience — battle-hardened traders. But, this time, our focus was on the qualitative aspects of their craft: watching how people actually buy and sell, which features of existing exchanges cause inconvenience when trading at high volume or, conversely, are hard to understand at the beginning.

Sketching out every move

There are times when disruption is worth it and times where it’s not. While a lot of popular crypto exchanges might lack in finesse and simplicity, they are used by millions of people every day, which in turn results in developing collective muscle memory that’s hard to overcome.

Thus we couldn’t radically alter or reimagine what an exchange could be from scratch. What we did instead was spending hours obnoxiously documenting hundreds of trades by seasoned enthusiasts to really see where lots of small iterations could be made, all of which in aggregate would make Symetria easy and efficient to use.

Although one crucial design principle prevalent in exchanges today did send us back to the drawing board. If you’ve ever tried using any leading crypto web app on your mobile device, you know what we’re talking about.

As most exchanges are literally complex tables with lots of rows and columns, they are quite inflexible in their design and are forced into using fixed containers, which neither scale down to mobile nor up to 4K screens particularly well.

Following our mobile-first philosophy, we sketched the UX and UI at the mobile level right from the outset, making sure you can buy and sell cryptocurrencies on your 4-inch phone just as easily as a 30-inch 6K screen. As the Symetria CEO once said to us, “Use all the Ks!”

Transparency to lead the vision

One of the key differentiators for Symetria is the belief in having equal access to the information. Unlike nearly all exchanges today, Symetria asks for your input on every transaction (block in the blockchain) so that nothing happens to your account without authorization and you can prove the validity of any transaction later on.

But how do you incorporate Personal Blockchain visualization and explorer features right into the already busy exchange in a way that always provides an affordance to see your own ledger (against that of Symetria) without distracting you from actual trading?

To make this functionality visible, we came up with an animated Personal Blockchain bar (jokingly referred to as “PB bar”) that takes up minimal amount of space but has enough contrast to be noticed and could notify you of all the changes on your Personal Blockchain.

Our UX strategy led us to determine that having a single primary screen for the exchange was the answer — everything you need to do could be arranged on a few responsive grids. The UI needed to complement this move and hence couldn’t be overly exuberant.

Ultimately, we enveloped all the interface elements with a dark theme — to create a feeling of refined presence in the background, letting the quality of the product shine through, invoking trust.

The part where both UX and UI got to show off was in our approach to animations. Thoughtful and non-invasive, we created a whole slew of animated features to help users navigate the app through colour-coded affordances for every possible action. Switching between pages, for example, is accompanied by sliding panels, which bring a feeling of a native desktop app rather than a web-based one.

In the end, the Symetria app looks like nothing else on the market. It’s swift and nimble due to the simplified UI that works on everything from phones to massive TV screens and runs faster than most day traders would ever expect it to. So if the problems of complexity and getting noticed in the oversaturated market affect your business too, don’t hesitate to reach out! Otherwise, take a quick behind-the-scenes look at how we reimagined Symetria’s marketing website next.

An ever-improving user experience for YYOGA