Maple Organics was created in 2017 with a mission to deliver clean product lines that are plant-powered and verified organic with proven results. 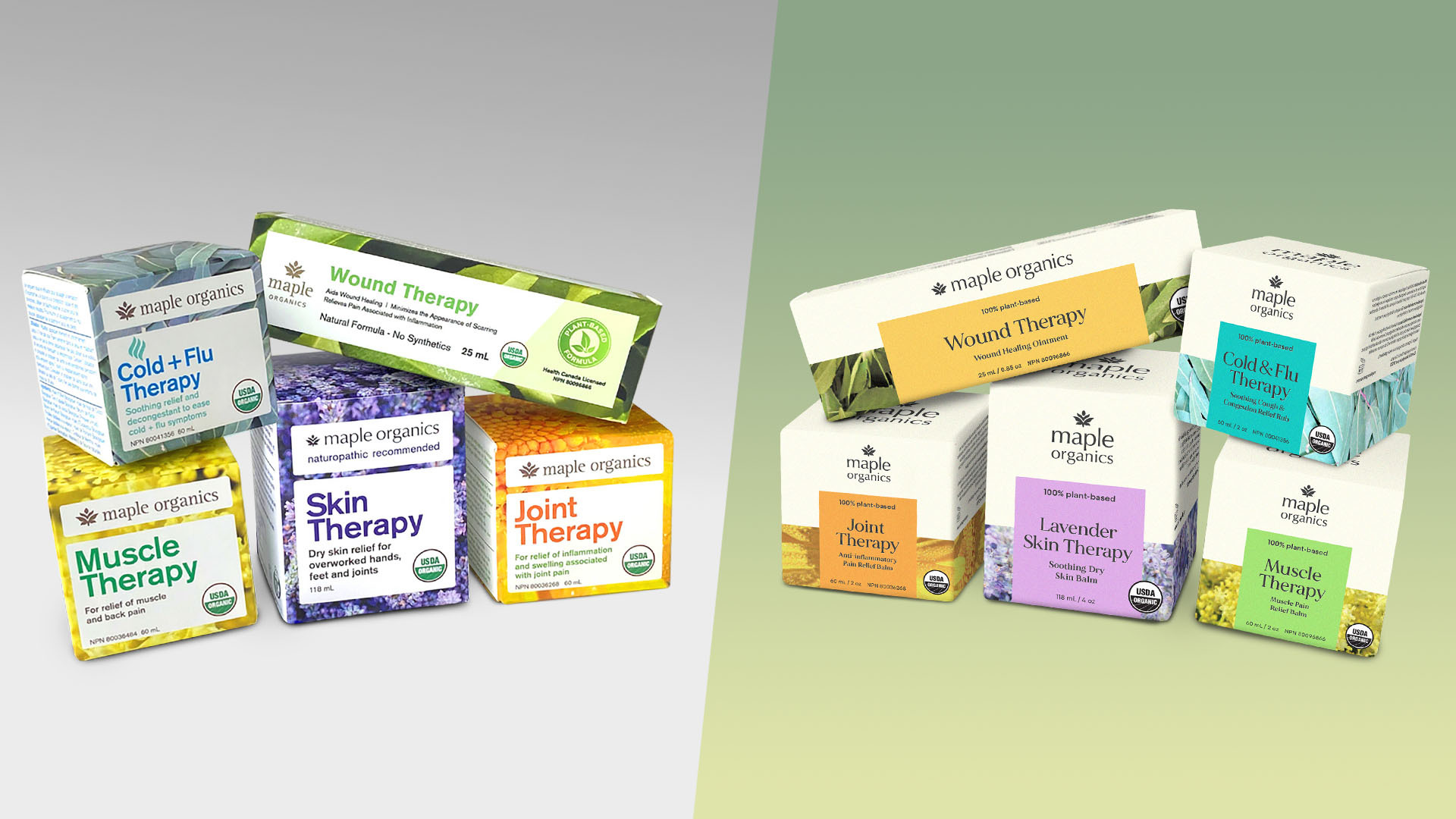 How do we update physical product packaging to shift from niche naturopathy into a more established medical space?

Maple Organics is a Canadian, women-owned health brand, with organic products geared towards safety & sustainability, based on the natural remedies passed down in founder Rosy Atwal’s family and her own experience as a mother.

We had already refreshed their entire brand, so adapting the new styles to the boxes would be the next step. The new direction was much more soft, subtle, and luxurious, while competitors were using lots of bright colours and loud imagery. On a shelf where everyone is shouting, the one speaking softly will get noticed.

We conducted a thorough discovery process, including environmental scans, competitive analysis, and stakeholder interviews. We took our learnings into account when we revised the verbal & visual identities.

There were multiple moodboards that led to several design iterations, which we tested with shelf mockups and focus groups. Affiliates weighed in on the new direction and were initially more adverse to change, while interviewees who were new to the brand strongly approved.

The Adaptogen line has a fun vibe, which made it relatively seamless to get a series of colourful gradients approved.

The Therapy line took a bit more of a balancing act. Certain stakeholders, particularly grocery store reps, kept pushing for bolder fonts and brighter colours, which contradicted our initial approach. We frequently had to defend our minimalist-ish angle, often citing an early principle of print design whereby more unused space implies luxury. Back when newspapers were among the most sought-after ad space, many advertisers would cram in as much text as they could possibly fit, while luxury brands took advantage of the blank space, just because they could afford it.

We aimed to strike a balance between an ever-brightening, near-neon palette and our initial strategy of finesse.

When print comes to shove, things don’t always work how you expect. Responding to issues in paper quality and size, we continued to iterate and adapt both product lines.

The new packaging is live, both IRL and on the web. As a digital agency getting involved with print, we were reminded of the importance of getting samples from the printers. There is more harmony in all of the new marketing content, now that the product shots match the online branding.

Branding for University of Warwick